Before we knew it, it was time to leave for Mumbai. I was craving the aloo paratha that they make at the breakfast in the hotel but as Murphy’s law would have it, I slept through breakfast time.

Surat was very different. Fairly built up. Subway, McDonald’s, Pizza Hut. Busy, but traffic is five times less than Delhi. We stayed at the Grand Bagwati hotel in Mumbai, it was amazing. About one and a half hour’s drive to our ghaams. People are kind. Gujarati speaking (obviously). Lots of malls but we didn’t have time to visit them. I think visiting Surat in your life once is enough though.

We were travelling from Surat to Mumbai on train. My mom was insistent on us experiencing it. Our train was at 9:27 am. The station was very, very busy and we had 9 bags to take care of and we were really anxious to get on the train so that we could get to Mumbai but we were notified that our train was 33 minutes late. All we could do was just wait. And that sucked but we just had to deal with it.

As soon as the train pulled into the station people ran to it and before we could even get on (and the train was there for barely 2 minutes), the train started to pull out of the station. We started running along side the train and it was the perfect scene out of Dilwale Dulhaniya Le Jayenge and Yeh Jawaani Hai Deewani, all I needed was for Ranbir Kapoor to pull me onto the train.

The train ride was cool for the first five minutes then it became mundane. Everything looked the same and we were bored. So, we decided to explore. The train we were on was a double decker so we went up one stairs and then down the other. We also opened the doors of the train and just hung out inhaling the Indian air.

About half an hour before we reached mumbai, we saw a rat run across the aisle and so for the rest of the ride we sat with our legs up. Rats terrify me. No kidding.
We reached Mumbai Central station at 1:39 pm. Mumbai was very hot at 32°C. The agency we booked with picked us up from the station and drove us to the hotel in an (thank goodness) air conditioned bus. 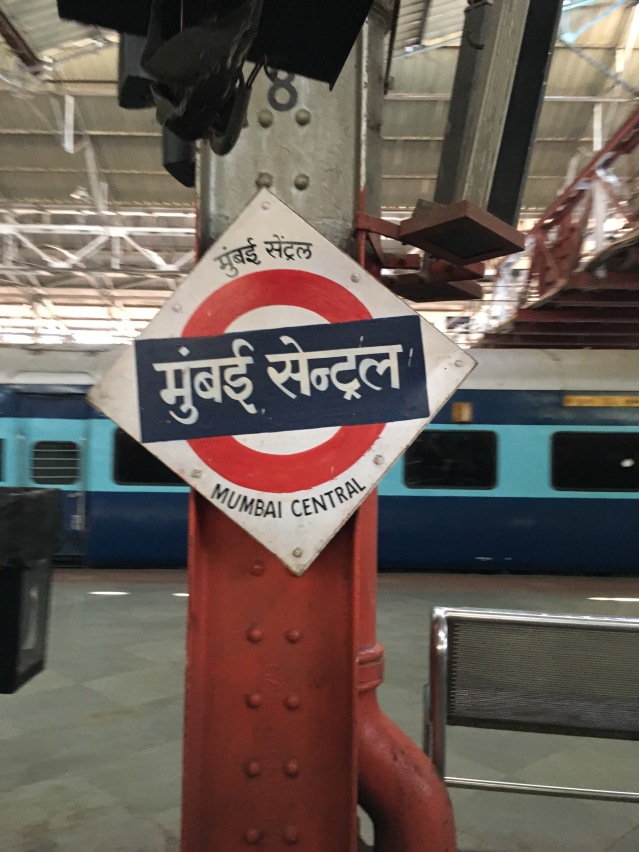 On the way to the hotel we passed Marine Drive. 😻😻😻 that’s all I can convey.

From the airport, we drove to our hotel in Colaba. Colaba is the hype of Mumbai and it has the best vibes. Our hotel was the perfect location, it was a two minute walk to the Gateway of India and when you walked out, you walked straight into the Colaba Causeway.
We spent the whole afternoon sleeping so we could be wide awake at night in the city that never sleeps.
At night, we went for supper to McDonald’s (we basically lived off McDonald’s this whole trip).
After that I hit Colaba Causeway and I was instantly in my essence. It felt amazing to shop here and I loved it so much. On one side of the walkway, you have a street stall selling chooria and on the other a Chanel or a Puma selling their international branded items. It was incredible.